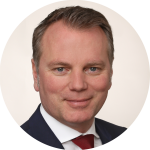 Member of the Board / Managing Director
Chief Executive Director

Magnus Fielko has been CEO of Nomura Asset Management Europe KVG mbH since 2018 and is responsible for Operations, Risk & Compliance and Administration.

After holding various positions in industrial and financial companies, he joined the company’s fund accounting department in March 1997. He took on various other management tasks and further developed and expanded the areas of reporting and fund risk measurement, among others. In 2019, Mr. Fielko was appointed CAO (Chief Administration Officer) and in 2010 to the Executive Board.

In 1993, Mr. Fielko passed his vocational training as merchant (“Kaufmann”). Furthermore, he holds a degree of a Certified Banking Specialist (Chamber of Commerce) from the Frankfurt School of Finance & Management, Germany. 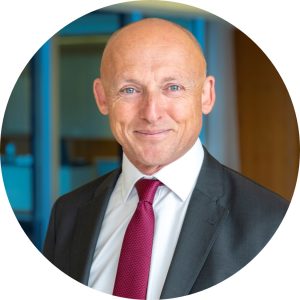 Member of the Board/ Managing Director
Head of EMEA Distribution

Peter Ball has been Member of the Board (Geschäftsführer/Managing Director) of Nomura Asset Management Europe KVG mbH since April 2022.

He joined Nomura Asset Management in 2018 as Head of Distribution for the EMEA region. Previously, he held various management positions at asset managers, including JP Morgan Asset Management and most recently Kames Capital, where he was responsible for the acquisition of their holdings in La Banque Postale Asset Management, among others. He began his career at Towers Perrin after graduating from the University of Exeter with a First Class Honours degree in Mathematics. 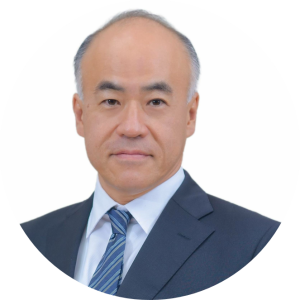 Member of the Board / Managing Director
Head of Portfolio Management

Koichi Katakawa has been Member of the Board (Geschäftsführer/Managing Director) at Nomura Asset Management Europe KVG mbH since April 2022.

He has been with Nomura since 1987, with a break for his Master’s studies. Since then, he has held a variety of international positions at Nomura, including 19 years in Europe. During this time, he served as Nomura’s Country Head for Germany and Austria and on the Supervisory Board of NAM EU. After further international assignments, Koichi Katakawa returned to Germany in July 2021 and assumed Head of Corporate Planning at NAM EU, before taking over the role of Head of Portfolio Management. 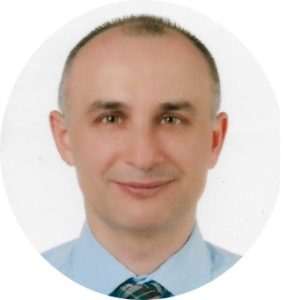 Dr Recai Gunesdogdu has been Head of Investments at Nomura Asset Management Europe KVG mbH since December 2021. He has been Lead Portfolio Manager for Emerging Markets Funds and Head of Emerging Market Debt since October 2020.

From 2008 until 2016 he served as Head of Fixed Income and Structured Products Sales/Trading at IS Investment, the investment banking arm of IS Bank in Istanbul. Previously, Dr Recai Gunesdogdu was responsible for investments at Aurelius Capital Management (Vienna), Director of Fixed Income Portfolio Strategies and European Structured Product Research at Credit Suisse (London) and Emerging Markets Strategist at Chase Securities (London, New York). Dr Recai Gunesdogdu is a graduate of the Turkish Naval Academy and gained his M.Phil. and PhD degrees in financial economics from the City University of New York in 1998.

This website uses cookies to improve your experience while you navigate through the website. Out of these cookies, the cookies that are categorized as necessary are stored on your browser as they are essential for the working of basic functionalities of the website. We also use third-party cookies that help us analyze and understand how you use this website. These cookies will be stored in your browser only with your consent. You also have the option to opt-out of these cookies. But opting out of some of these cookies may have an effect on your browsing experience.
Necessary Always Enabled
Necessary cookies are absolutely essential for the website to function properly. This category only includes cookies that ensures basic functionalities and security features of the website. These cookies do not store any personal information.
Non-necessary
Any cookies that may not be particularly necessary for the website to function and is used specifically to collect user personal data via analytics, ads, other embedded contents are termed as non-necessary cookies. It is mandatory to procure user consent prior to running these cookies on your website.
SAVE & ACCEPT